The Spurs academy graduate, 26, will be allowed to leave this summer having fallen down the pecking order.

Everton, Southampton and Spanish side Sevilla are all monitoring Winks’ situation and Spurs would listen to offers of £20million.

Palace need a midfielder after Player of the Year Conor Gallagher returned to Chelsea following his loan spell.

Meanwhile, Eagles co-owner John Textor is closing in on a deal to buy a majority stake in French club Lyon. 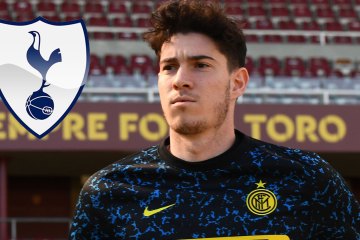 The billionaire, who owns 40 per cent of Palace, also owns Brazilian club Botafogo and Belgian side RWD Molenbeek.

They appear ready to sell a defender to balance the books so they can bring in attackers Romelu Lukaku, Paulo Dybala, Henrikh Mkhitaryan and goalkeeper Andre Onana.

Chief executive Giuseppe Marotta said:  “In my opinion, this is a market where it is harder to replace an attacker than a defender.

“That will be the area where we will be forced to act.

“We are looking at viable alternatives in case someone were to leave.”