SPOTIFY CEO Daniel Ek will reportedly submit a formal bid in the region of £1.8billion to Arsenal owner Stan Kroenke by the end of the week.

The Swedish billionaire is poised to test the American’s resolve by turning his interest into a concrete offer.

Spotify CEO Daniel EK is set to make a £1.8billion offer to buy Arsenal[/caption] Gunners owner Stan Kroenke declared last week that he has no interest in entertaining and bids[/caption]

Ek, 38, is so desperate to take control of his beloved side, he has teamed up with Invincibles Thierry Henry, Patrick Vieira and Dennis Bergkamp.

Speaking to CNBC last week, Ek- valued at over £3bn – insisted he has the funds to assume control of Arsenal.

That came after the Kroenke family issued a statement where they declared they will not entertain any offers.

But it has been claimed that Arsenal ARE up for sale, with Kroenke willing to do business for the right price.

And according to the Telegraph, Ek will submit an offer by the end of the week after attempting to make contact with Kroenke over the weekend.

Sky Sports have stated that Ek will bid £1.8bn, and even if the offer is rejected, his interest will not go away.

Arsenal legend Henry has confirmed he is part of the consortium plotting a takeover as he revealed the group’s vision for the future at the Emirates.

When asked if he was part of the potential takeover team, Henry – speaking on Sky Sports’ Monday Night Football – said: “It is true. 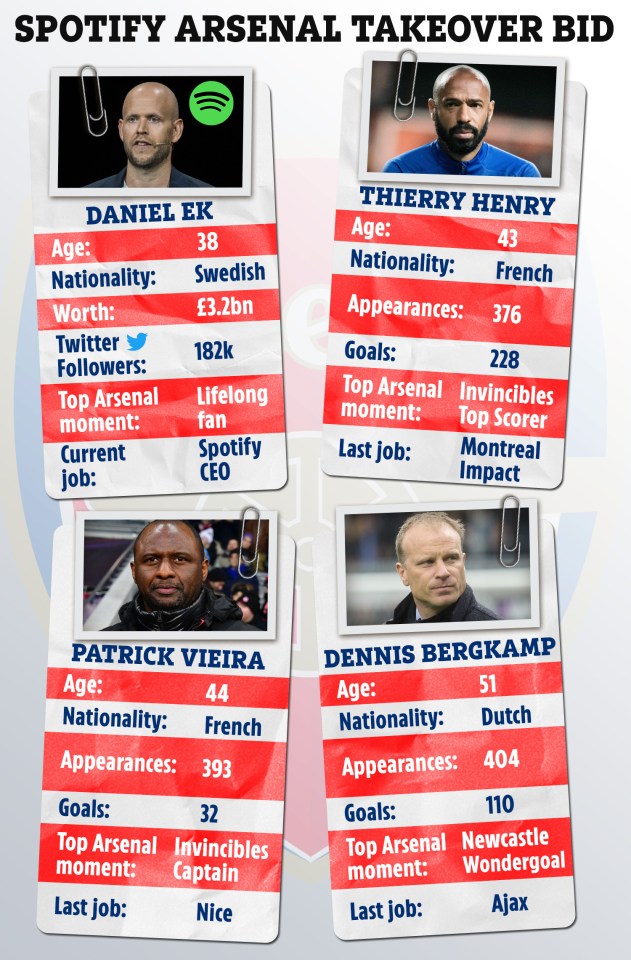 “He approached us, we listened to him. And we knew, first and foremost, that he wanted to involve the fans.”

Before adding: “He wants to re-inject the Arsenal DNA, the identity that I think is long gone.

“They don’t have a lot of Arsenal people among the board who can show the right direction, and that’s what Daniel wants to do.

“He already reached out and said himself that he has collected the funds to put in a good bid.

“A lot of people have been screaming that they want the owner out. 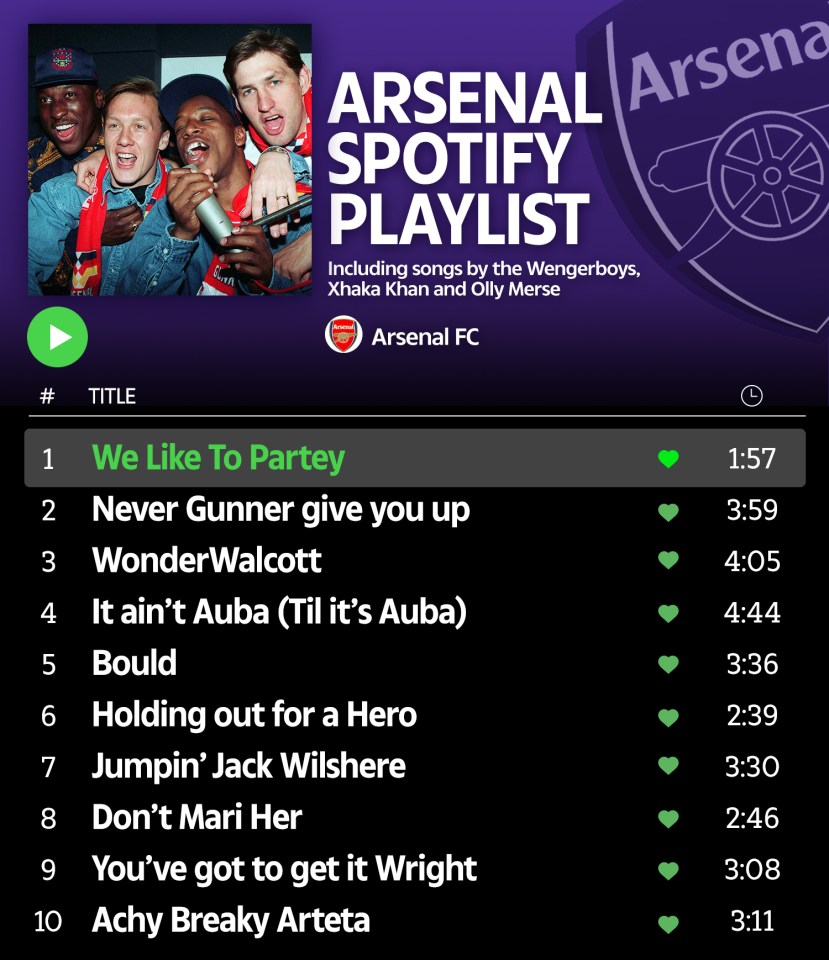 EK OF AN OFFER

Everton skipper undergoes calf surgery ahead of next WSL season

“We are trying to offer a solution, involving the fans and the DNA back at the club.

“The takeover is going to be a long, and not easy, and Daniel will not move away, he will be there waiting to see if they want to sell.

“That’s going to take a very long time. We know what we want to do but, first and foremost, we need to make sure that we take over, if they are listening.”