EMMANUEL ADEBAYOR has landed a half million pound payday – after Fifa ruled the striker’s club had sacked him unfairly.

He made just four appearances for the Asuncion outfit before Covid-19 halted their season.

Adebayor then failed to return from home country Togo amid travel restrictions.

Olimpia tore up his one-year contract in June 2020, and the 38-year-old has not played since then. 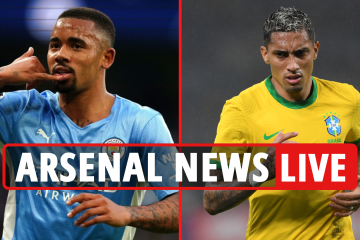 New Olimpia president Miguel Cardona said: “There’s nothing we can do about contracts that were previously signed.

“But the club will change its policy on salaries, and impose a pay cap.

He joined City in 2009, and had a loan spell with Real Madrid before a four-season stay with Spurs.

The 85-cap international went on to play for Crystal Palace, and Turkish sides Basaksehir and Kayserispor, before his ill-fated move to South America two years ago.