RENEE PAQUETTE has revealed she was just as shocked as everyone else when husband Jon Moxley announced to the world she was pregnant.

The star shared he and his partner’s news on AEW Dynamite this night during a promo to hype his upcoming title defence against Kenny Omega. 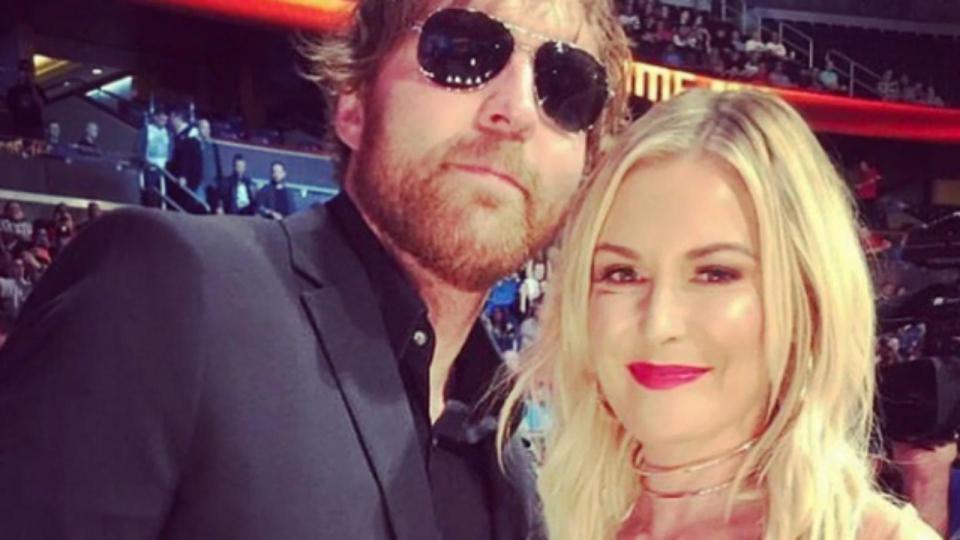 Renee Paquette and Jon Moxley are expecting their first child

During the interview, Moxley surprised everyone by dropping the bombshell, saying he had a ‘pregnant wife at home’.

Now Renee, better known as Renee Young from her time in WWE, has admitted she was caught off guard as well.

She told People: “We are so beyond excited to start this new chapter, and now finally having the world know feels like a weight has been lifted off my chest.

“I am the worst at keeping fun secrets! However, I definitely couldn’t have predicted that the world would have found out on AEW Dynamite.

“I was thinking about all of these cute different ways that we could break the news to everyone and then bam, Jon just haphazardly spills the beans on Dynamite!

“But we’re a kinda no-frills couple, so I guess it actually fit perfectly.”

The normally private couple met while working in Vince McMahon‘s company where Mox, 34, worked under the name Dean Ambrose.

The American has since reinvented himself after jumping ship to rivals AEW, where he has become the promotion’s longest-reigning champion.

They were married at their Las Vegas home in an impromptu ceremony in the early hours of April 9, 2017.

Renee – who made history in 2018 when she became Raw’s first-ever female commentator – shocked the wrestling world when she announced that she was quitting WWE in August.