FOOTBALL fans have got shirty over new replica kit prices — and are sick as parrots over the foul designs of away tops.

Spurs supporters have to fork out more than followers of other clubs in the Premier League, which kicked off for a new season last night.

But fans also took pot-shots at the garish look of some of the second strips.

Leeds supporter David Roe grumbled: “I don’t really understand why we have an away kit which just looks like an accident where a biro has been left in a pocket.

“I’d far rather we just have a simple yellow or blue away kit. Simple shirts tend to look best. 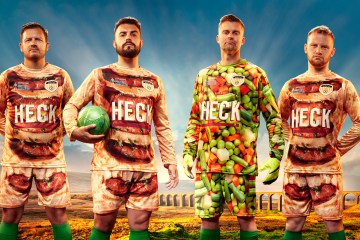 TOAD IN THE GOAL 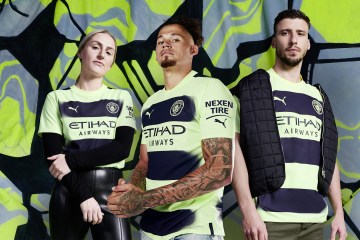 “But at least we’re not Southampton – theirs looks like a bad washing powder advert.”

Spurs fan Aaron Tunney said: “At best our new away kit looks like training gear and at worst it looks like a scuba diving top.

“Between the price of tickets and replica kit, being a Spurs fan is expensive.”

Chelsea’s replica top is 5p cheaper than that of their London rivals.

But elsewhere in the capital, minnows Brentford have the cheapest shirt in the Prem at £49 because they have kept the same kit as last season.

Arsenal, Man City, Man United and newly-promoted Fulham are in joint third place in the price table with their home and away shirts all costing £70.

But Fulham fan Archie Green, 32, hit out: “Even though we’ve just been promoted, there’s not a chance in hell I would buy the new kit.

“I can think of a million other things I would rather spend the money on.”

Liverpool were the next most expensive at 5p less.

The Reds are yet to release their new away kit but the price has been leaked online as a fiver more expensive at £74.95.

Crystal Palace, Southampton, Brighton, Wolves and Bournemouth jerseys were the cheapest after Brentford at £55.

Everton charge just £5 more but Toffees fan George Thompson, 28, got stuck in when he declared: “It looks rubbish.

“I much prefer our old school kits. What a waste of money.”