LEWIS HAMILTON has once again proven his generosity to charitable causes after ranking FIFTH in the Sunday Times’ 2022 Giving List. 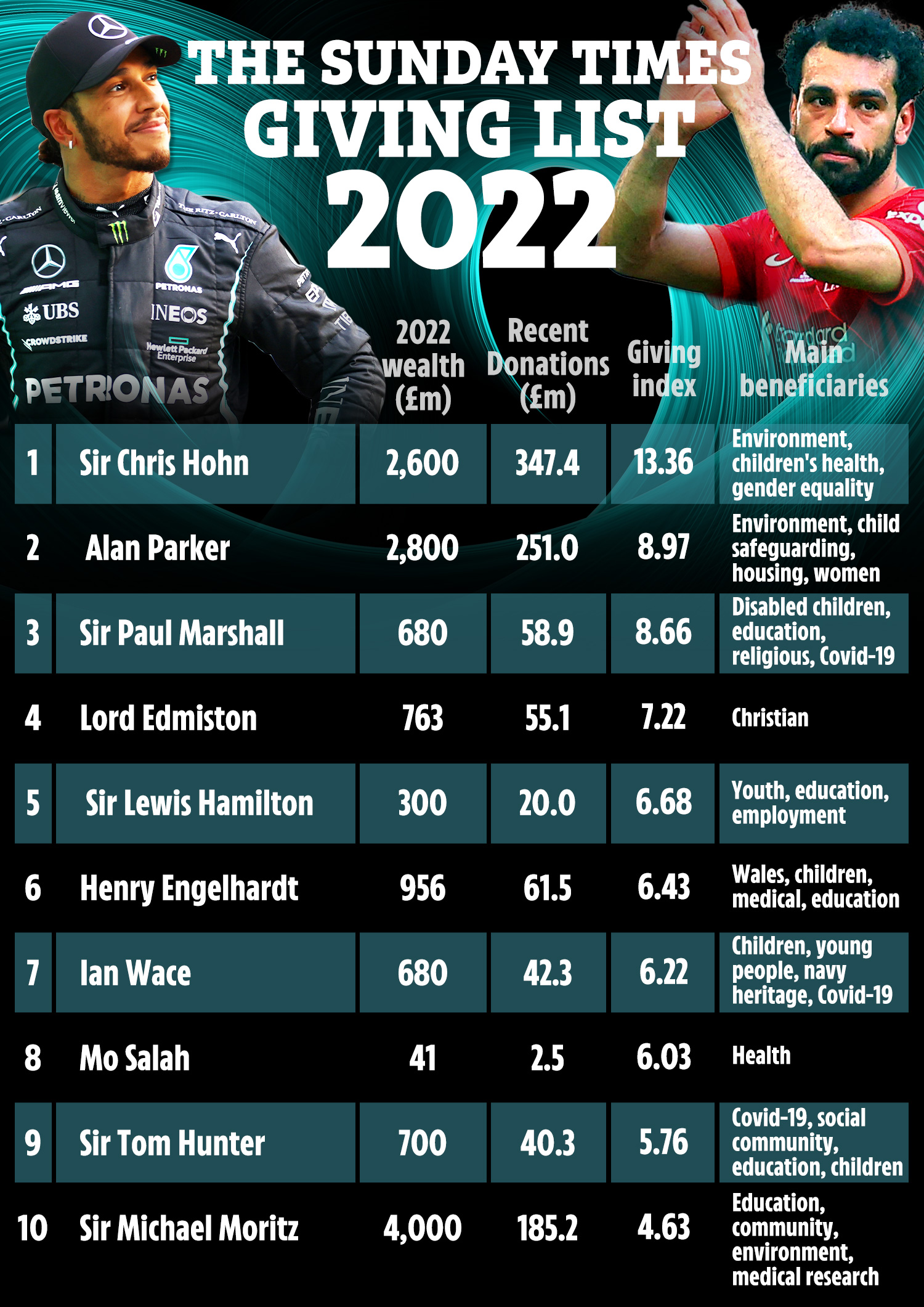 According to data from the Charities Aid Foundation, Hamilton has given away a staggering £20m in recent months alone.

The Mercedes racer has an estimated 2022 wealth of £300m – meaning he’s given away nearly seven per cent of his earnings to charity.

Hamilton has helped a number of vital causes, most-notably in youth, education and employment.

Last year, the Brit legend launched a commission to identify the causes of the lack of people from diverse backgrounds in motorsport and donated £20m to help under-represented young people in Britain. 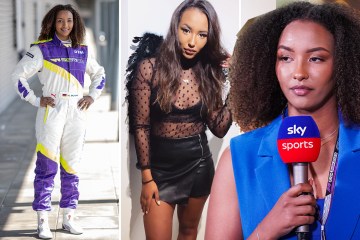 Liverpool footballer Mohamed Salah is the only other sportsperson to crack the top ten.

The Egyptian winger, 30, gave away a little over six per cent of his earnings – estimated at £41m – to health causes across the globe.

Salah’s Reds team-mate Alex Oxlade-Chamberlain was the only other footballer to crack the top 100.

In recent years, Salah has bought a new ambulance centre and oxygen tanks for the hospital in his hometown in Egypt to help tackle Covid.

That puts Oxlade-Chamberlain above David and Victoria Beckham, who sit equal-65th.

The power couple donated £1m to charitable causes in Ukraine amid the Russian invasion – 0.24 per cent of their annual income.

But Heslop was quick to point to the younger generation of sports stars, celebs and businesspeople for helping to drive change.

Heslop said: “The new generation of younger philanthropists are using their platforms to exert influence, and amplify the impact of
significant sums of money responding to climate change.

“Next generation givers are driving real change in the sector.

“We are seeing more and more use of social media and social movements to drive the agenda towards positive social progress with younger donors seeking to get actively involved in producing tangible impact.

“This includes younger change-makers of colour using their positions and success to promote change, as illustrated by some of the famous names in this year’s Giving List.”