Great players don’t make great bosses Steven, no one was ever as good as they were

STEVEN GERRARD the player was a rare beast indeed.

There are not many footballers with his gifts who you couldn’t bring yourself to dislike, even as you watched him take your own team to pieces.

Great players don’t make great bosses Steven, no one was ever as good as they were[/caption] I don’t think it’s difficult to work out why the very best players struggle in management[/caption]

He was that good, and kind of likeable with it, that it would almost be a pleasure to watch.

As a West Brom fan, it’s hard for me to say this but I really would like to see him do well as Aston Villa boss.

It won’t be easy. The game is littered with examples of wonderful players who as managers have been chewed up and spat out by the football machine.

The quickest way for a player to go from hero to villain, from world beater to panel beater, is to go into management. I always admire those who give it a try.
In this era, even relatively mediocre players make enough money never to have to work again.

If I was them, I’d play a lot of golf and unwind by watching videos of myself being brilliant, in my enormous home cinema.

Most read in The Sun

Van Bronckhorst favourite for Rangers boss ahead of Martin, McInnes and Lampard

I strip nude so my kids can eat says Ulrika Jonsson, 54

8st beast that mauled boy, 10, to death was sold on Facebook DAYS before

They have so much to lose. Steven must look at Frank Lampard’s experience in management with a shudder: Judged a great success at Derby but then a failure at his beloved Chelsea.

I don’t doubt for a minute that Frank will bounce back, but how that must have hurt.

Jurgen Klopp, Sir Alex Ferguson, Jose Mourinho and Arsene Wenger between them have just four caps. And they’re all Fergie’s.

I don’t think it’s difficult to work out why the very best players struggle in management.

Firstly, their status in the game might earn them a crack at big jobs before they’re quite ready.

They will certainly get their chances quicker than the Klopps and the Wengers of this world.

And it must be tough working with players who aren’t quite as good as they were.

It must have driven Glenn Hoddle mad that his players weren’t as skilful as him. I’m sure Roy Keane was enraged at those footballers who lacked his drive and tenacity.

And that was all of them, because no one in the history of the game ever had as much of those things as Roy.

Aston Villa have money to spend but I doubt there’s enough money in the world to buy anyone as good as Steven Gerrard.

I recall covering a game for ITV at Old Trafford during Kenny Dalglish’s second, brief, spell at Liverpool.

The quickest way for a player to go from hero to villain, from world beater to panel beater, is to go into management

As Kenny and Fergie, the old adversaries, met in the tunnel on the way out to the pitch, Fergie apparently said: “Welcome to hell.” Or words to that effect.

I would love to be a fly on the wall of the tunnel in January when Manchester United come to Villa Park.

By then, Steven will have survived his first, brutal Christmas schedule as a Premier League manager. And Solskjaer will doubtless have carried on surviving at United.

How will that conversation go?

There was always something boyish about both of them.

Solskjaer is now pioneering a look all of his own, appearing boyish and ancient at the same time, which is quite a thing.

How long will it take for Gerrard to go the same way?

Neither of them seem the type to talk about hell or anything like that. I would suggest something along the lines of, “Playing was so much more fun than managing” or, “Why on God’s green Earth are we putting ourselves through this?”

Assuming they are not danger-loving masochists, I can only conclude that they are motivated by sheer love of the game.

And what a love that must be, to come back into it as a manager and put your hard-worn status as a legend in the game at risk.

That’s a love bordering on the deranged.

Yes, like all great players, they’ll be remembered as great players. Yet, for them, there might be a but: “What a player he was,” we’ll say for years to come. “But it never quite worked out for him in manage-ment.”

Steven Gerrard and Ole Gunnar Solskjaer deserve better than that.

ON the day COP26 started, I interviewed a woman from the company in Glasgow which had the contract to supply the organisers with tens of thousands of pizzas.

Anxious to avoid causing offence with any reference to cheap stereotypes of Glaswegian food, such as deep-fried Mars bars and whatnot, I suggested to her that all that kind of stuff is in the past.

‘We do deep-fried pizza, too, but they didn’t want any’[/caption]

Now that’s a shame, because while the enchanting American politican Alexandria Ocasio-Cortez claimed to enjoy the can of Irn-Bru Scotland’s First Minister Nicola Sturgeon gave her, I’d have loved to see her try to smile her way through a slice of deep-fried pizza.

TO raise awareness about homelessness over Christmas, the charity Shelter had a great idea: Why not get every football team playing at home on Boxing Day to wear their away strips instead.

This #NoHomeKit initiative seemed a nice, blameless, effective idea to me.

But no, even without referring to VAR, the Premier League spotted an infringement of its rules and said it must not happen.

Interestingly, the Premier League also has rules on who or what is allowed to buy our football clubs to do with what they please.

I ALWAYS take a dim view of people who lose their accents.

To me it’s nothing less than a sign of moral shallowness.

I mention this because I’ve just interviewed Fiona Hill. She was an intelligence analyst for US Presidents George W Bush and Barack Obama and, under Donald Trump, senior director for European and Russian affairs on his National Security Council staff. Quite a job.

Although she’s been in the US for 39 years, she was born and raised in Bishop Auckland, County Durham, daughter of an ex-miner and a midwife.

To my delight, she sounds like she just left there yesterday. 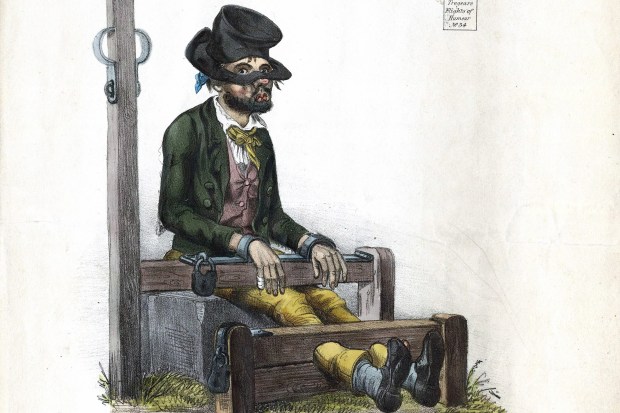 IN the delightful little West Sussex town of Midhurst, I came across their perfectly preserved stocks and pillory.

You know, the things rascals got clamped into, to be pelted with rotten fruit and suchlike by the locals.

A plaque described the stocks and pillory as “an early form of punishment in which offenders were held by the legs or wrists for public ridicule”.

There really is nothing new under the sun, is there?

I’M not a vain man, far from it, but there’s something I want which I can’t quite bear to be seen with.

Not one pinched from a supermarket, I mean one like my nan had, with two wheels and a large bag.

Her bag was tartan but I’d be flexible on colour.

When will I be old enough to get one? Are blokes ever allowed to use one?

As I struggle home from the shops, my arms lengthening with the stretch of carrying heavy bags, I glower in envy at old ladies swaggering past me with their fancy trollies.

Perhaps I should get one custom-made in manly livery, like skull-and-crossbones or Army camouflage.

Or perhaps I’ll just go for a black one, wear a mask and only go shopping in the hours of darkness.

A JUDGE, presid-ing over a dispute between a cyclist and the owner of a dog that made him fly over his handlebar, seemed to lose patience.

With respect, it’s not. It’s a score draw between cyclists and dog owners. I should know, I’m both.

MY teenage daughter is still in the habit of tapping me up for the money to buy some garment or other.

Generally, I’m afraid I’ve given in, not least because what she’s wanted has been fantastically cheap, on some superfast fashion website.

But last week she asked me for a shirt which cost nearly a hundred quid.

Aghast, I raised my eyebrows so high they rose above the top of my head.

“It’s a statement piece,” she explained.

While I was still reeling from that, she added: “Just doing my bit for the environment.”

I’m so proud of her. Greta Thunberg’s got nothing on my little girl.

Watch Lionel Messi jump out of skin after being spooked by f...

Cristiano Ronaldo has created no ‘drama’ over being dropped ...