Horse racing tips tomorrow: Templegate Nap and best bets after sorting through the cards on a busy Sunday

TEMPLEGATE returns with his big picks for Sunday.

Read on to find out who SunSport’s top tipster thinks will land the spoils. 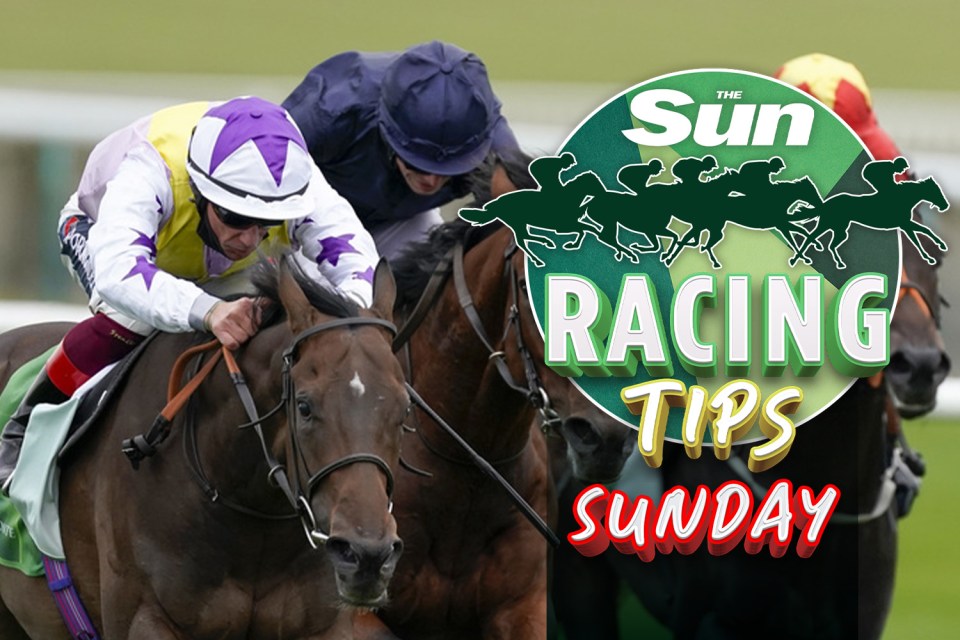 He was in winning form at Southwell three runs ago and has gone close on both starts since.

He was four lengths off the pace in what looked a better race at Kempton last time and comes here off the same mark.

This four-year-old did very little wrong in winning three bumpers last season, finishing with a game success in a Kempton Listed contest.

She can build on her promising second on hurdles debut at Fontwell last month.

There were a couple of forgivable errors there that have hopefully been ironed out.

Richard Johnson takes over on a horse that is coming down the weights despite a close-up fourth effort at Chepstow last time out.

He is still only five so you would hope there is more to come.

This slight hike in trip holds no fears and he should run well.

Winner in France who can make a winning start for Paul Nicholls.

Showed promise when third on his chasing debut last time out.

Went close on her hurdles debut latest and more to come.

Well backed when sixth last time and capable of better.

Continues in good form and handicapped to win again.

Didn’t get going last time after a game win two starts ago.

Not beaten far when fourth on comeback at Chepstow last time.

Down the weights and showed promise at Chepstow latest.

Second for Jessica Harrington latest and yard does well with newcomers.

Back from a long break with a solid third at Bangor last month.

Has gone close on last three runs and has had wind op ahead of comeback.

Sneaks in at bottom of weights and went well at Aintree on return.

Rusty last time and takes a drop in grade today.

Solid second in a better grade than this at Hexham last time out.

Bred to be special and can make winning start for top yard.

Ran on strongly when second at Chelmsford last time.

Beaten less than a length on his past two runs off this mark.

Back at novice level and can improve for Sir Michael Stoute.

Hollie Doyle takes over as he drops down the weights.

Has dropped to just 1lb higher than last win around here.

Had plenty in hand when winning over 7f here last time out.