JOE JOYCE and Joseph Parker finally have a date pencilled in for their big heavyweight clash later this year.

The pair were on course to battle in the summer but contract talks broke down.

Parker has since signed with Boxxer and Sky Sports, while Joyce is still contracted to Frank Warren and Queensberry.

But with promotional differences cast aside, Joyce and Parker have signed on the dotted line for a big autumn fight.

With both men after world title shots, the stakes don’t get much higher in the heavyweight division. 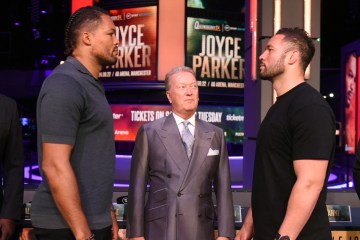 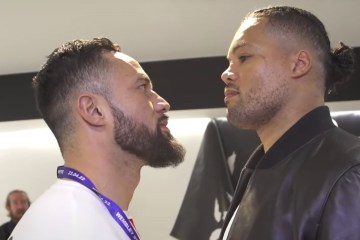 When is Joyce vs Parker?

There has yet to be any details on the undercard for Joyce vs Parker.

Stay tuned to SunSport for all the details as we get them.

What has been said?

Joyce said: “This fight has been a long time in the making.

“Parker realised he had nowhere else to go and eventually had to take this fight. No 1 vs No 2.

“The winner goes on to fight for the world title! It’s going to be a cracking fight and you will see why he tried so hard to avoid me!”

Parker added: “On Saturday, September 24th, the fans in Manchester will see the very best of me. And Joe Joyce will see exactly why I will become the heavyweight champion of the world again with BOXXER.

“I am working hard with my trainer Andy Lee, everything is going smoothly and I truly feel great.

“I have waited patiently to get this fight on and let me tell you now, the Juggernaut’s journey ends right here. He has nowhere to run.”