JOSE MOURINHO may not be a doctor, but he showed once again he is a top psychologist – as he won the mind games with Pep Guardiola.

The Tottenham boss was at his mischievous manipulative best in the build-up as he questioned Raheem Sterling’s integrity and withdrawal from the England squad due to “injury”. 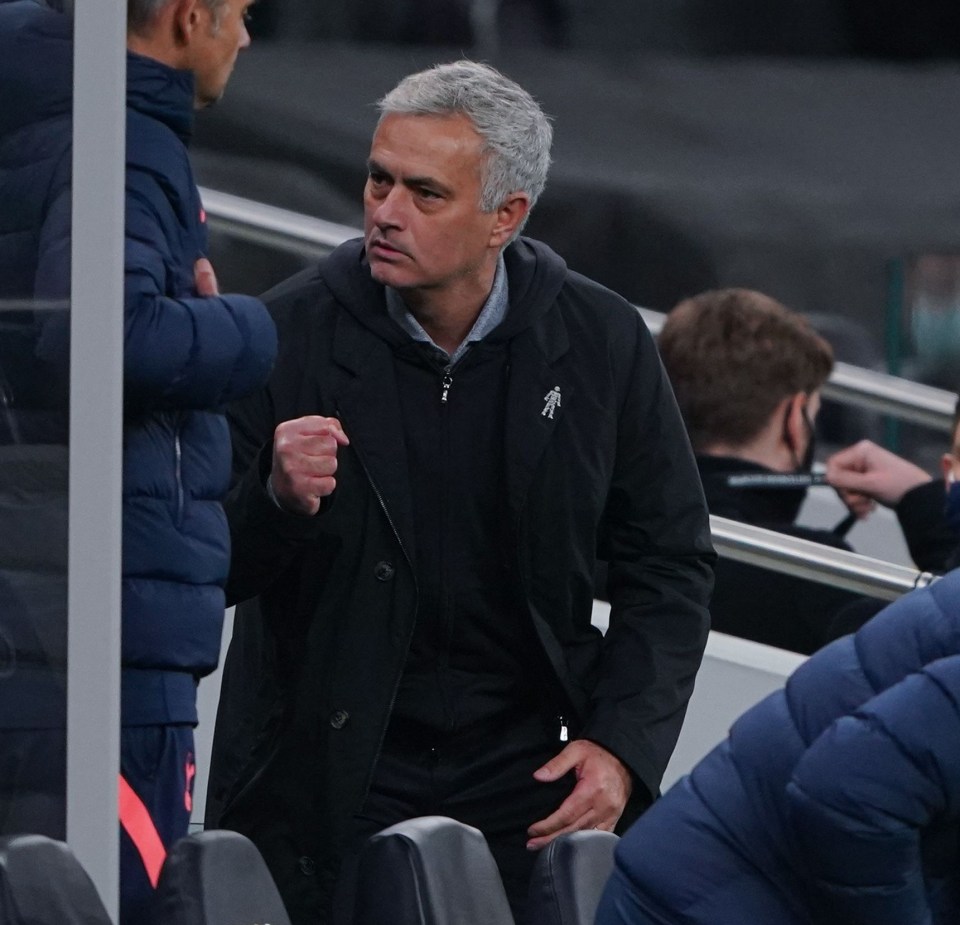 “We all know he will play tomorrow,” baited Mourinho at his press conference on Friday lunchtime.

Guardiola hit back when he faced the media a couple of hours later by insisting his City star was genuinely injured.

The City chief, clearly riled by his rival’s accusations, sneered: “Maybe Jose is a doctor.”

Mourinho is not, but you wonder if his prognosis was behind Pep’s decision not to start Sterling yesterday.

When the forward pulled out of last month’s England squad with another injury he started and scored the only goal against Arsenal in City’s first game back from the international break.

Mourinho must have been delighted when he saw Sterling’s name among the subs when the team-sheets were handed in yesterday.

Especially as his Tottenham starting line-up included Steven Bergwijn, who coincidentally had been sent home early from the Netherlands squad due to injury.

You could not make it up. 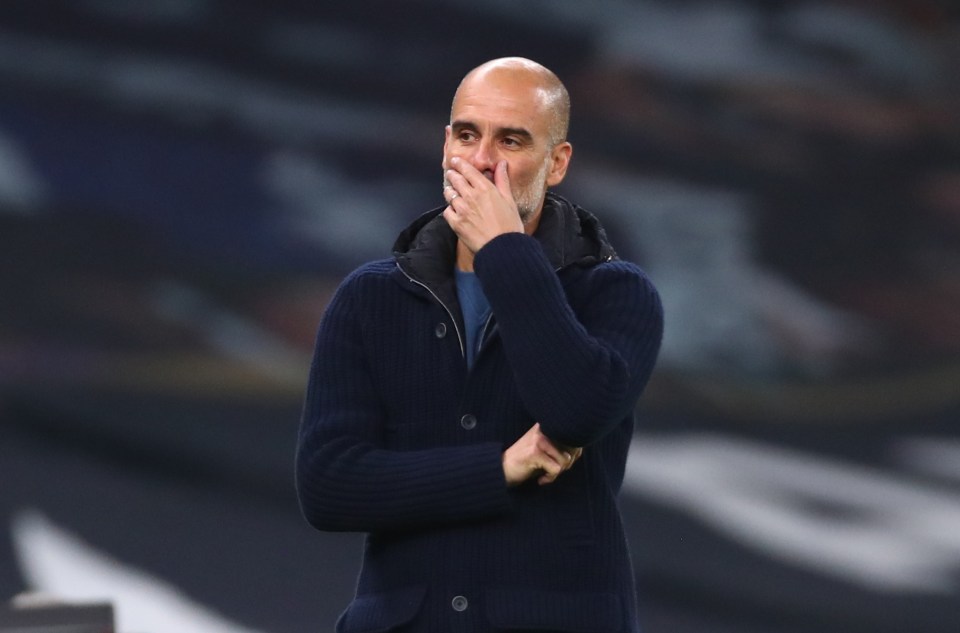 Guardiola insisted Sterling did not start because he had only trained once last week.

City certainly could have done with him as they dominated play but paid for failing to take their chances in front of goal – in what was an archetypal smash-and-grab win for Tottenham.

Mourinho may have ridden his luck at times, but his tactics before the game and during it were spot on.

Victory means the Special One is back where he has always insisted he belongs – at the top of the Premier League.

City are already eight points behind them, albeit with a game in hand.

But many more results like this and owner Sheikh Mansour will be checking to see if the ink is still dry on the new two-year deal his manager signed last week.

I jest, of course. Guardiola’s record and trophy haul since he arrived at the Etihad in the summer of 2016 has earned him plenty of cache.

But there is no doubt he faces a massive challenge to rejuvenate a City side once impregnable but now viewed as genuinely beatable. 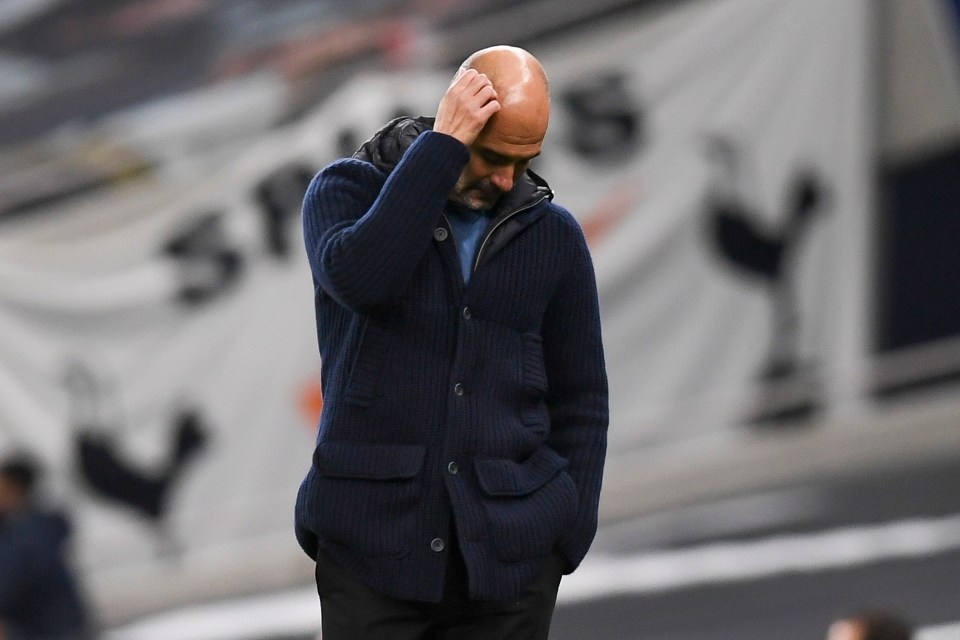 Injuries to Sergio Aguero and Gabriel Jesus have hardly helped his cause and is one of the main reasons they arrived in N17 with only 10 goals from their opening seven top-flight matches, compared to an incredible 27 at the same stage of last season.

City have also been hindered by injuries in defence and we are still talking about their failure to replace talismanic Vincent Kompany almost 16 months after he left the club.

Both areas are issues Guardiola has irresponsibly failed to resolve – and it is not like they do not have a few quid to spend.

City are still a delight to watch going forward and had enough chances to have won comfortably.

Guardiola did not underestimate Tottenham, even if he did the weather.

The Spaniard shivered in front of the cameras as he conducted his pre-match TV interviews on the touchline before kick-off without a coat.

Fortunately, he remembered to don his trademark woolly cardigan thingy when he re-emerged from the dressing room for kick off.

Unfortunately, he then saw his defence caught cold as Son Heung-min slotted Spurs into a fifth-minute lead with a goal that highlighted City’s defensive frailties of recent months.

Aymeric Laporte was lured into no-man’s-land far too easily by Harry Kane, allowing Son to run in behind to score from Tanguy Ndombele’s brilliant pass.

In fact, the closest any City defender got to a Tottenham player was when John Stones and Joe Hart jokingly wrestled each other in the pre-match warm-up. 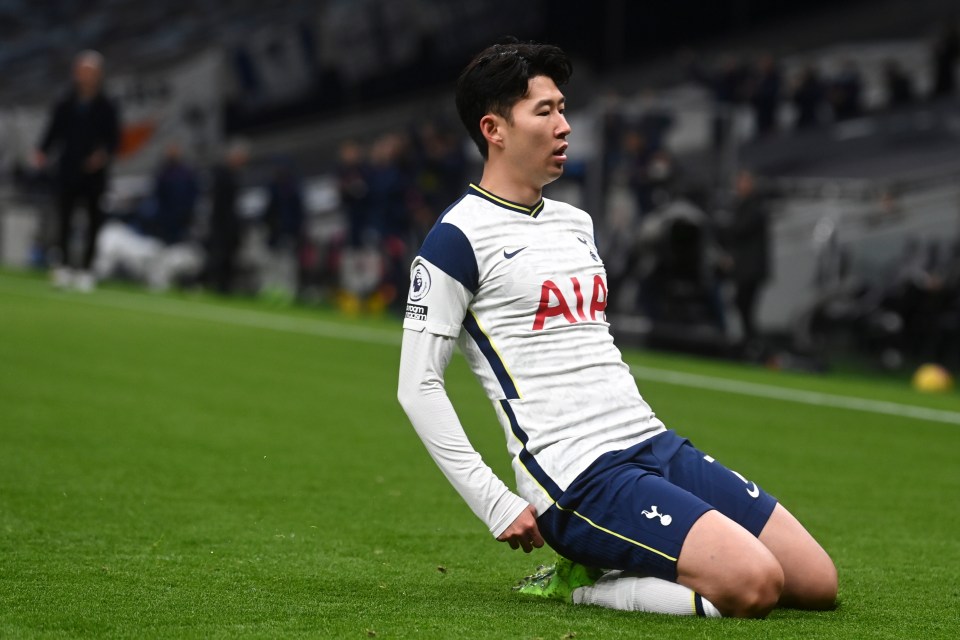 Laporte had a goal ruled out by VAR, but the visitors were blunt in attack.

When the TV cameras panned to a shot of Mourinho writing in his notebook in the dugout you wondered if it was a prescription.

Guardiola needs a cure for his defenders’ waywardness as sub Giovani Lo Celso added a breakaway second for Spurs in the 65th minute.

Mourinho’s day was made complete when Sterling was sent on for Riyad Mahrez.

He told us he would play, didn’t he.