MORE than a third of women under 45 don’t participate in sport – because they’re worried about how their skin looks.

A study of 2,000 women aged between 18 and 45 found concerns about cellulite and stretch marks mean many avoid exercising.

While others shy away from it due to conditions such as eczema, hyperpigmentation, or rosacea.

It also emerged 26 per cent have quit playing sport entirely due to a lack of general confidence in themselves and their appearance.

The research was commissioned by Venus as part of its ‘Move Your Skin’ campaign ahead of the UEFA Women’s EURO 2022 tournament.

Olivia Hughes, from the female razor brand, said: “We’ve come a long way in celebrating women’s bodies for what they can do, not how they look, but there’s sadly still a lingering self-consciousness in all manner of perceived imperfections in skin when it comes to sport. 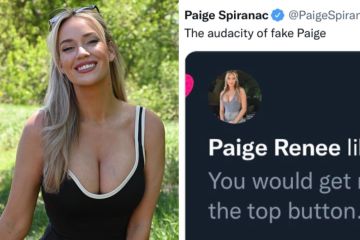 “Whether it’s what skin to show or what skin to hide, there are many rules both implicit and explicit placed on women’s skin today.

“That becomes greater under the spotlight of sport.”

The study also found 21 per cent have received negative comments on the appearance of their skin or bodies while playing sport, according to the OnePoll data.

While 36 per cent have even missed a sports match because they didn’t want to reveal their body in the appropriate kit.

Stomachs, legs and arms are the areas women tend to hide the most, with 42 per cent claiming their skin and body anxieties have got worse as they’ve got older.

However, 18 per cent would feel more encouraged to play or take part in sport if there was less negative conversation on women’s bodies and skin in the media.

And 52 per cent said there are not enough well-known role models or people like them that they can relate to in sports compared to other industries such as fashion, music and beauty.

Olivia Hughes, from Venus, added: “This summer is set to be a showstopper in women’s football so we’re incredibly proud to be part of it and use the much-needed focus to redefine and celebrate what real skin in sport looks like.

“Through ‘Move Your Skin’ we want to empower more women and girls to play confidently in their skin and celebrate their bodies for what they can achieve – rolls, bumps, scars, hairs, and all.”