Nottingham Forest in advanced talks with Union Berlin over record £17.5m Awoniyi transfer as they close in on first deal

NOTTINGHAM FOREST are close to signing Taiwo Awoniyi from Union Berlin in what will be their first summer transfer, according to reports.

The Telegraph claim the newly-promoted club are in advanced talks with the striker.

Awoniyi, 24, began his career at Liverpool but never made an appearance for them having been loaned out seven times.

He initially arrived at Union Berlin on loan two years ago and the German club decided to keep him permanently for a fee of £6.5m. 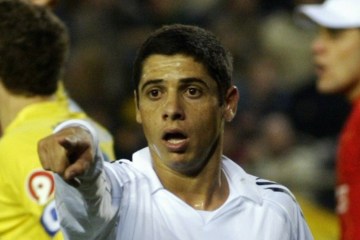 He netted 15 times in the Bundesliga helping fire Union to a sixth-placed finish.

They have since qualified for the Europa League but Awoniyi looks set to leave the German capital in order to complete his Premier League dream.

Liverpool reportedly have a 10 per cent sell-on clause meaning they are set to profit from Awoniyi’s transfer.

Nottingham Forest are set to have a busy summer transfer window as Steve Cooper looks to bolster his squad ahead of the club’s Premier League return.

He is set to be backed heavily in the transfer market with owner Evangelos Marinakis expected to splash the cash.

Manchester United goalkeeper Dean Henderson has been linked with a move to the City Ground.

The club are also interested in keeping Djed Spence after a successful loan spell.

Meanwhile, Forest are in a battle to keep hold of their goalkeeper Brice Samba.

SunSport exclusively reported they have offered him double his current wage.