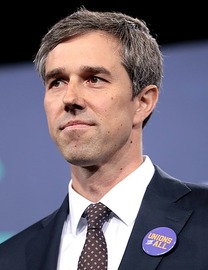 Robert Francis "Beto" O'Rourke is an American politician who served as the U.S. representative for Texas's 16th congressional district from 2013 to 2019. A member of the Democratic Party,... Wikipedia