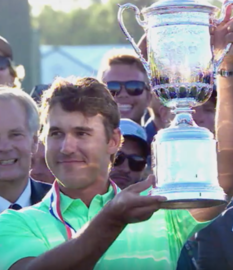 Brooks Koepka is an American professional golfer on the PGA Tour. In October 2018, he became World Number 1 in the Official World Golf Ranking after winning the 2018... Wikipedia