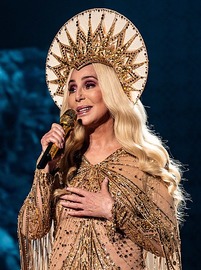 Cher is an American singer, actress and television personality. Commonly referred to by the media as the "Goddess of Pop", she has been described as embodying female autonomy in... Wikipedia