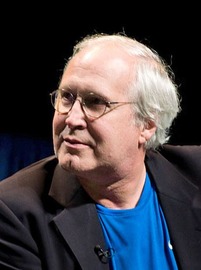 Cornelius Crane "Chevy" Chase is an American comedian, writer, and actor. Born into a prominent family, he had a variety of jobs before moving into comedy and started acting... Wikipedia