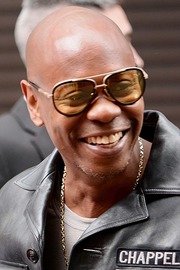 David Khari Webber Chappelle is an American stand-up comedian, actor, writer and producer. With his incisive observations, he has been described as "poetically unfiltered and sociopolitically introspective, with an... Wikipedia