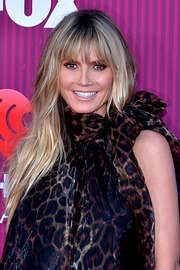 Heidi Klum is a German and American model, television host, producer, and businesswoman. She appeared on the cover of the Sports Illustrated Swimsuit Issue in 1998 and was the... Wikipedia