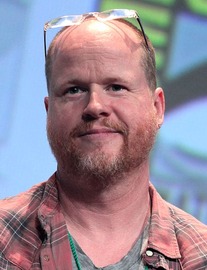 Joseph Hill Whedon is an American filmmaker, composer, and comic book writer. He is the founder of Mutant Enemy Productions, co-founder of Bellwether Pictures, and is best known as... Wikipedia