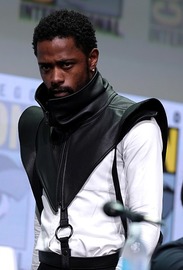 LaKeith Lee Stanfield, sometimes credited as Keith Stanfield, is an American actor. He made his feature film debut in the independent drama Short Term 12, an adaptation of the... Wikipedia