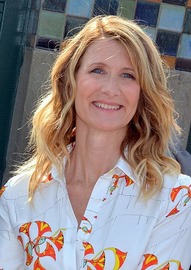 Laura Elizabeth Dern is an American actress and filmmaker. She is the recipient of numerous accolades, including an Academy Award, a Primetime Emmy Award, and five Golden Globe Awards.... Wikipedia