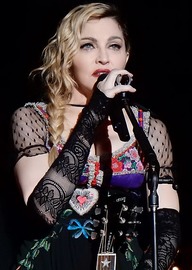 Madonna Louise Ciccone is an American singer-songwriter and actress. She is considered one of the most influential figures in popular culture and has often been referred to as the... Wikipedia