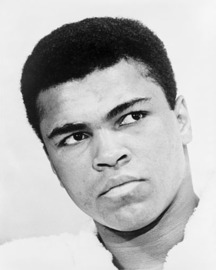 Muhammad Ali was an American professional boxer, activist, entertainer, poet and philanthropist. Nicknamed The Greatest, he is widely regarded as one of the most significant and celebrated sports figures... Wikipedia