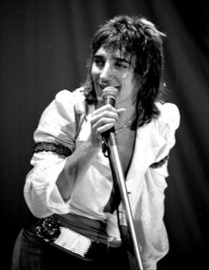 Sir Roderick David Stewart is a British rock and pop singer, songwriter, and record producer. Born and raised in London, he is of Scottish and English ancestry. With his... Wikipedia