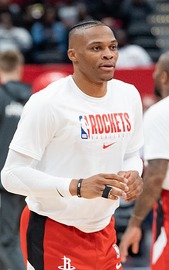 Russell Westbrook III is an American professional basketball player for the Washington Wizards of the National Basketball Association. He is a nine-time NBA All-Star and earned the NBA Most... Wikipedia