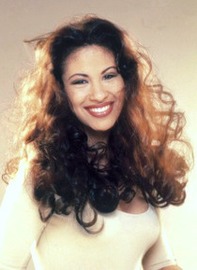 Selena Quintanilla-Pérez was an American singer, songwriter, spokesperson, businesswoman, model, actress, and fashion designer. Referred to as the "Queen of Tejano music", her contributions to music and fashion made... Wikipedia