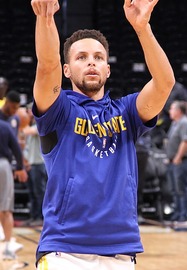 Wardell Stephen "Steph" Curry II is an American professional basketball player for the Golden State Warriors of the National Basketball Association. Many analysts and players have called him the... Wikipedia