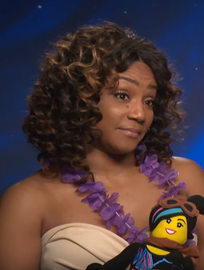 Tiffany Sara Cornilia Haddish is an American actress, comedian, and author. After guest-starring on several television series, she gained prominence for her role as Nekeisha Williams on the NBC... Wikipedia