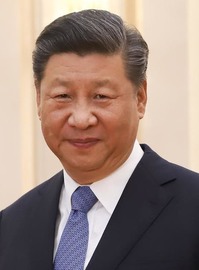 Xi Jinping is a Chinese politician who has been serving as General Secretary of the Chinese Communist Party and Chairman of the Central Military Commission since 2012, and President... Wikipedia