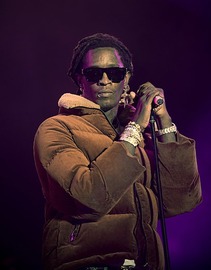 Jeffery Lamar Williams, known professionally as Young Thug, is an American rapper. He is considered to be an influential figure of his generation, with his music impacting the modern... Wikipedia