Leaving Australia on the back of three wins and a draw in pre-season there was a real air of positivity at Manchester United.

Back home it seems problems and anxiety are mounting as Ten Hag faces his first Premier League press conference on Friday ahead of the visit to Brighton.

Not long ago United were having a good summer in the transfer market having landed Christian Eriksen, Lisandro Martinez and Tyrell Malacia.

Now things have stalled. The much-needed midfielder Frenkie de Jong saga is already entering its third series with still nobody sure of the ending.

Ten Hag made it clear that they had to add to their forwards to be competitive, but nobody has arrived. 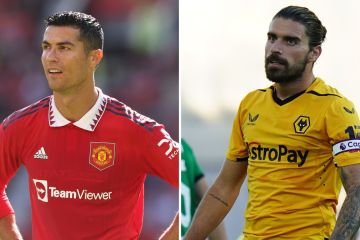 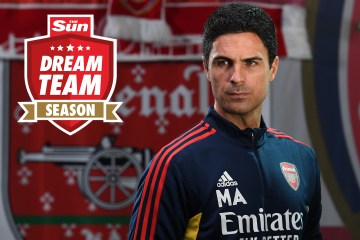 Which fixtures should Dream Team gaffers target in August?

Without additions he was hoping a front three of Jadon Sancho, Anthony Martial and Marcus Rashford would kick start their season.

Now a hamstring strain for Martial threatens that.

And of course the Cristiano Ronaldo problem hangs over the club like a dark cloud.

He wants out, United say no, and if he could Ten Hag would be tearing his hair out about this unwanted distraction.

His name dominated their final pre-season game after playing an underwhelming first 45 minutes against Rayo Vallecano before leaving the ground before the end.

He was big on preaching team unity over the other side of the world and everyone was buying into it.

So Ten Hag was not happy at his early exit and has made that very clear.

Ronaldo had already had a disagreement with the new boss in a break in play that was not a good look.

The constant criticism from former greats that proved so sapping last season has started already.

Gary Neville has called their on-going failure to land De Jong as an ‘embarrassment’.

Neville added: “’The old failings seems to be there, in terms of not being able to get anything over the line.”

The protests that marked the final few games of last season with marches to the ground are starting again with another one planned for this Sunday.

Incredible to think that this time a year ago United were going into the new season having finished runners-up in the previous campaign.

They had finally landed Jadon Sancho, Raphael Varane was on his way and little did anyone know about the excitement that would greet Ronaldo’s return.

Their league season opened up with four wins and a draw and a belief was growing that for the first time since 2013 they could challenge for the title again.

Fast forward 12 months to a show called ‘The Debate’ on the club’s own TV Channel MUTV.

It didn’t make the cut due to time but two former players, Ben Thornley and David May, and two journalists including myself were asked for their top four predictions.

Everyone had United in fourth and the majority covered themselves by saying that even that would be after a fight with Chelsea and Arsenal with Manchester City Liverpool and Spurs all in everyone’s top three. Few would argue with that.

Indeed fourth right now would be a snap your arm off scenario as would eight points from the opening four games of Brighton at home, Brentford away, Liverpool at home and Southampton away.

There is still time in the transfer window and no lack of willing on the part of Football Director John Murtough and Chief Executive Richard Arnold to get deals done.

They have worked tirelessly to find a way to solve the De Jong problem as the player holds out for wages owed to him by Barcelona.

There is also a real will in the fan base for Ten Hag to succeed.

I got 0.5mm of lip filler but regret it so much, I look like a duck

His no-nonsense style has already gone down well.

But the question of whether he has the tools to mend the faltering Red machine remains.