The legendary quarterback, 45, is back for more this season after a retirement U-turn.

The legendary QB created a dynasty at the New England Patriots, winning six Super Bowl titles with Bill Belichick before adding another with the Bucs in 2021.

Brady is estimated to be worth around $250million, with supermodel wife Gisele Bundchen adding a further $400m to the family coffers.

And the pair certainly know how to live it up in style, venturing onto the high seas with two state-of-the-art superyachts.

Brady and Gisele moved to Tampa in 2020 after Tom made the switch from the Pats and have since bought a stunning plot in Miami’s ‘Billionaire Bunker’.

Located on the exclusive Indian Creek Island, the land cost a whopping $17m and the Brady’s can store their own boats in a private mooring once their new eco mansion is complete.

Upon arriving at their current pad in Tampa, Brady reportedly gazed out over Old Hillsborough Bay and said: “I need a boat”.

He chose the sporty but luxurious $2m 53-foot cruiser Wajer 55S, which cuts through the water at an impressive 40 knots and has seating for up to six passengers.

This came in useful as the Bucs paraded the Vince Lombardi Trophy down a Tampa waterway with hundreds of fans joining in the celebrations.

From the ship he dubbed ‘Viva a Vida’, Brady went viral after he was filmed THROWING the famous Super Bowl trophy from his boat to another.

Not content with one blinged-up superyacht though, Brady put in an order in 2021 for an upgraded model.

The Wajer 77 is an upgrade of epic proportions and the perfect vessel for Brady to kick back and rest after a long week training.

Decked out with a sophisticated cooling system, automatic roof and electronically-adjustable floor, the boat also features three luxurious bedrooms that wouldn’t look out of place at a five-star hotel.

Each bedroom has its own en-suite, while there is a huge outside eating area and space for a jet ski.

And with room for nine people to sleep – including two crew – the whole family can join the fun, especially as the boat can cruise for almost 400 miles.

There’s no shortage of entertainment onboard either, with diving equipment, a Williams 325 Jet Tender, electrical jet surfboards and seabobs all on hand if the NFL great is feeling adventurous.

Brady led a flotilla in Tampa after the Bucs’ 2021 Super Bowl triumph[/caption] The former NFL star upgraded to the biggest of Wajer’s collection last year[/caption] The stunning interior of the yacht is comparable to high-end hotels[/caption] The huge 77-foot vessel has space for nine people[/caption] Two members of staff can also be accommodated on board[/caption] The huge yacht is one of the most silent on the market and can reach speeds of 36 knots[/caption] As well as living quarters, there are also indoor and outdoor eating areas[/caption]

As you’d expect, all this doesn’t come cheap with the Wajer 77 setting Brady back a whopping $6m.

But that is pocket change to the greatest quarterback ever to play the game, who is looking forward to day trips with Gisele and his three children Jack, Benjamin and Vivien.

“I think the 77 will be a little more suited for what we need it for down [in Florida], which is a few more day trips and weekend trips.

“We spend a lot of time in the Bahamas, so going from the east coast of Florida across into the Bahamas and around the Bahamas would be really great trips for us as a family.

Read More on The US Sun 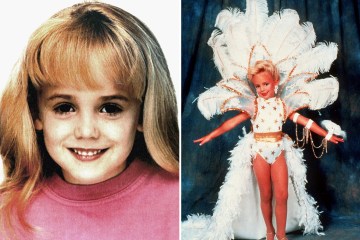 “The fact that, with the little bit bigger boat, for us, the 77 allows us to sleep overnight really comfortably.

“Those weekend trips will be great memories for our family for years to come.”