SASHA BANKS has reportedly been released by the WWE.

Sasha Banks has reportedly been released by the WWE[/caption]

Now according to Wrestling Inc, the American star has left the company but it is not known whether it was requested or not.

Either way, the rumours have left WWE fans devastated with some even hitting out at Vince McMahon.

One said: “Vince’s downfall coming after he tried to tarnish the names of Sasha Banks and Naomi yeahhhh.”

Another said: “If WWE have actually released Sasha Banks, they have officially lost it.” 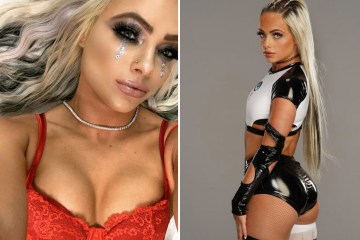 And in 2016 she became the first women to headline a WWE pay-per-view event, alongside Charlotte Flair.

But she recently walked out on Raw with Naomi ahead of their 6 Pack Challenge match with Asuka, Becky Lynch, Doudrop, and Nikki A.S.H.

A WWE statement said: “When Sasha Banks and Naomi arrived at the arena this afternoon, they were informed of their participation in the main event of tonight’s Monday Night Raw.

“During the broadcast, they walked into WWE Head of Talent Relations John Laurinaitis’ office with their suitcases in hand, placed their tag team championship belts on his desk and walked out.

“They claimed they weren’t respected enough as tag team champions.

“And even though they had eight hours to rehearse and construct their match, they claimed they were uncomfortable in the ring with two of their opponents – even though they’d had matches with those individuals in the past with no consequence.

“Monday Night Raw is a scripted live TV show, whose characters are expected to perform the requirements of their contract.

“We regret we were unable to deliver, as advertised, tonight’s main event.”