JOE HART and pal John Stones wrestled each other on the pitch during the warm-up before Tottenham’s clash with Manchester City.

There was no sign of social distancing going on between the two as they got up close and personal. 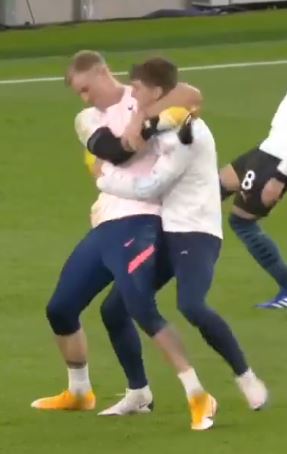 But it was all in love and good spirits between the former team-mates who laughed together and enjoyed a big bear hug.

Spurs’ reserve goalkeeper headed over to the City camp as they went through some drills ahead of kick-off.

Hart wore a ‘Clemence 1’ t-shirt in tribute to the former England goalkeeper who passed away last weekend.

The two – both on the bench – tried to haul each other down by tripping one another over.

But after a few seconds of jostling, they relented on the tough love and resorted to a warm embrace instead.

Hart, 33, and Stones, 26, were team-mates for Manchester City as well as England and clearly retain their close bond.

Viewers on Twitter were far from impressed by the antics ahead of a crunch clash in the Premier League.

Others wanted to see Roy Keane’s reaction but the Irishman was not on Sky Sports’ punditry duty for the Saturday evening game.

Some jokingly called for a VAR review of the incident while another added: “Well it made me laugh they are mates.”

But despite the off-field fun, the duo have endured a trickier time on it of late and have only played a combined 553 minutes of football this season.

And it was Hart who enjoyed the last laugh as goals from Son Heung-min and Giovani Lo Celso secured Jose Mourinho’s side a 2-0 win over his former employers. 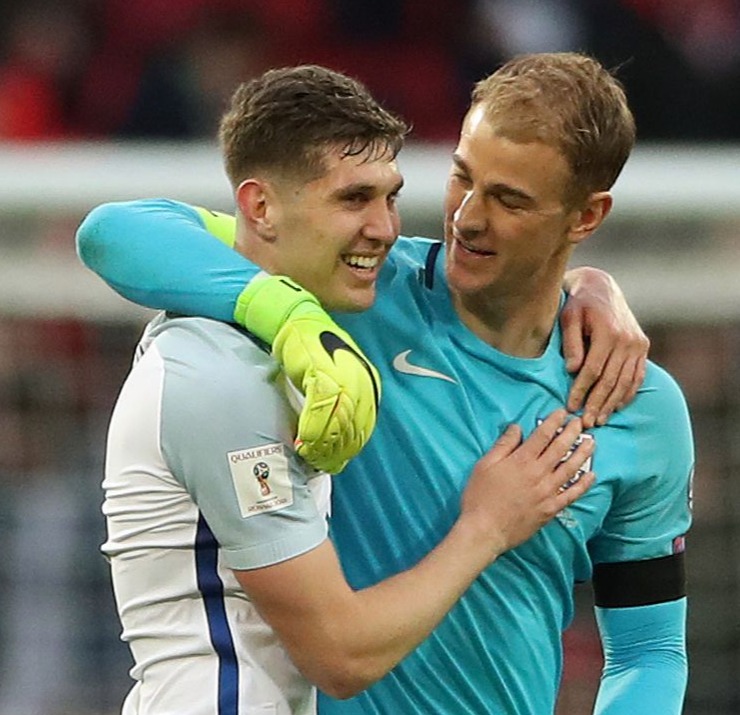