Watford 0 Everton 0: Frank Lampard’s side blow huge chance to move away from Prem drop in drab draw at relegated Hornets

FRANK LAMPARD is set for a few more sleepless nights after Everton blew a massive chance to boost their survival fight.

Everton boss Lampard found a combination of an unusually stubborn Watford defence and his own team’s frailty in front of goal means he is not out of danger yet.

Fortunately for the former Chelsea midfielder, his old team did him a favour with a 3-0 thrashing of relegation rivals Leeds which means a point here is at least something.

But Lampard became the first Premier League manager since ill-fated Ole Gunnar Solskjaer back in November to leave Vicarage without all three points.

Lampard is safe from the bullet but knows he would be breathing a little more comfortably tomorrow had his forwards realised the urgency of the situation as much as he does.

A point is helpful and Everton have a game in hand on sinking Leeds who have recently taken their place in the bottom three. 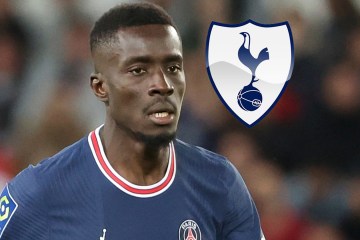 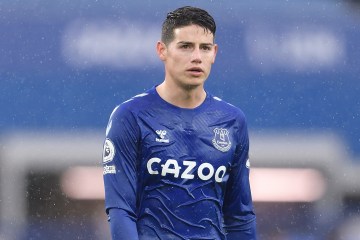 They also have a game in hand as a massively disappointing campaign approaches the pinch point.

Lampard has two home games, against Brentford and Crystal Palace – two teams with nothing to play for.

He is hoping that by the time he takes his team to Arsenal on the final day, he need do nothing but sit back and take stock of a brush with the drop that Everton fans are not used to.

No doubt the appointment of a new boss in Rob Edwards earlier in the day prompted outgoing Watford boss Hodgson’s rabble to stiffen their backs for last night’s game.

There are those who will be playing for moves away in the summer.

But those not lucky enough to escape the managerial shooting gallery at Vicarage Road will have one eye on next season and yet another regime change in preparation for a season in the Championship.

It was hardly sparkling stuff. Just enough to frustrate Everton who dominated the play but could not find a finishing touch before half time.

A 1-0 win against a Chelsea side enduring a personality crisis followed by victory at Leicester already on summer holiday is hardly worthy of a Scouse house party and just masks a dreadful season.

With a touch more finesse in the opposition box, Lampard’s team could be breathing a lot easier than they are during the run-in.

A happy Richarlison is a pleasure to watch and when pulling strings from midfield can pass with laser beam accuracy.

The muted boos from the fans who once worshipped him in this corner of suburban Hertfordshire were a grudging compliment to his undoubted skill.

Alex Iwobi enjoyed the freedom of the right wing while Anthony Gordon was youthful and buoyant.

Yet for a team still with a trailing foot in the relegation dogfight there was a tangible lack of urgency from Everton.

When Iwobi did get forward more often than not there was nobody in the box waiting for his cross, or Watford comfortably swatted the threat away.

It was only in the last third of the game that the visitors’ seemed to realise this game was slipping away unless there was an increase in tempo.

In the 53rd minute, Richarlison finally tested Ben Foster with a roll of the body and a shot on the turn from inside the box.

But even a hefty deflection off Christian Kabasele could not catch out keeper Foster who reacted with a one-handed save.

On 62 minutes a quick interchange between Demarai Gray and Iwobi on the edge of the box showed a welcome introduction of pace into the Everton attack.

Gray’s shot went ultimately wide when a little more precision would have rolled the ball into the bottom corner.

And three minutes after that, big defender Michael Keane made it upfield to head a corner straight at Foster from a corner.

Tension was increasing on the Everton bench.

So when Richarlison’s low cut into the danger area was steered wide via a stray Watford boot, Lampard aimed a low right hook ground-wards to vent his frustration.

Lately he has been punching the air in celebration with his team stringing together successive wins. Not exactly a dizzying run of form and there is still much work to be done.