Both before and after the clash, Logan’s younger sibling Jake talked up a future fight against the boxing legend.

But Logan has talked down Jake’s chances and admitted Mayweather is just too hard to catch cleanly.

He said on True Geordie’s podcast: “Do you think any internet boxer, YouTuber boxer would’ve survived against Floyd? 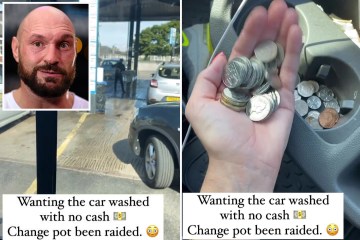 And the American came into the bout having only boxed twice before, a 2018 draw to KSI, 29, and a loss in their rematch a year later.

Meanwhile, Jake, 25, is 5-0 but is yet to fight a recognised professional boxer.

But Logan wants to prove his theory and called on his brother AND his former opponent to face Mayweather.

He continued: “I’d love to put this to the test. Let’s put the best we’ve got against Floyd and see what happens.

“I could be wrong, maybe I suck.