What Is Zendaya Coleman's Net Worth?

Zendaya Coleman is an American actress, singer, dancer, and producer who has a net worth of $15 million. Zendaya has successfully transitioned from a child actor on Disney shows to a veritable movie star and successful entrepreneur. She began her professional career as a model, appearing in ads for Macy's, Old Navy, and "iCarly"-related merchandise. She also appeared as a dancer in both commercials and music videos.

Zendaya released her self-titled debut album in 2013, and her single "Replay" was certified Platinum. In 2017, she had another hit with the 2x Platinum "Rewrite the Stars," a duet she performed with Zac Efron in the film "The Greatest Showman." Coleman published the book "Between U and Me: How to Rock Your Tween Years with Style and Confidence" in 2013, and she launched a shoe collection, Daya, in 2015, and a clothing line, Daya by Zendaya, in 2016.

Zendaya Coleman was born Zendaya Maree Stoermer Coleman on September 1, 1996, in Oakland, California. Her mother, Claire Stoermer, comes from Scottish and German ancestry, and her father, Kazembe Ajamu Coleman, is African-American. Zendaya is the youngest of six siblings, and she attended Fruitvale Elementary School, where her mother was a teacher. When Coleman was 6 years old, she appeared in a play for Black History Month, and she later performed in productions at the California Shakespeare Theater, where her mother worked as the house manager during the summers. Zendaya helped seat audience members and sell fundraising tickets, and her time at the theater inspired her to pursue an acting career.

Coleman joined the hip-hop dance troupe Future Shock Oakland at age 8, and she also performed hula dancing with The Academy of Hawaiian Arts. While attending the Oakland School for the Arts, Zendaya appeared in several local theatrical productions, including "Once on This Island" at the Berkeley Playhouse and "Caroline, or Change" at TheaterWorks. She studied acting at the American Conservatory Theater and the CalShakes Conservatory program, and she has appeared in numerous Shakespeare plays, such as "Richard III," "Twelfth Night," and "As You Like It." Coleman's family moved to Los Angeles when she was in the seventh grade, and she graduated from Oak Park High School in 2015. 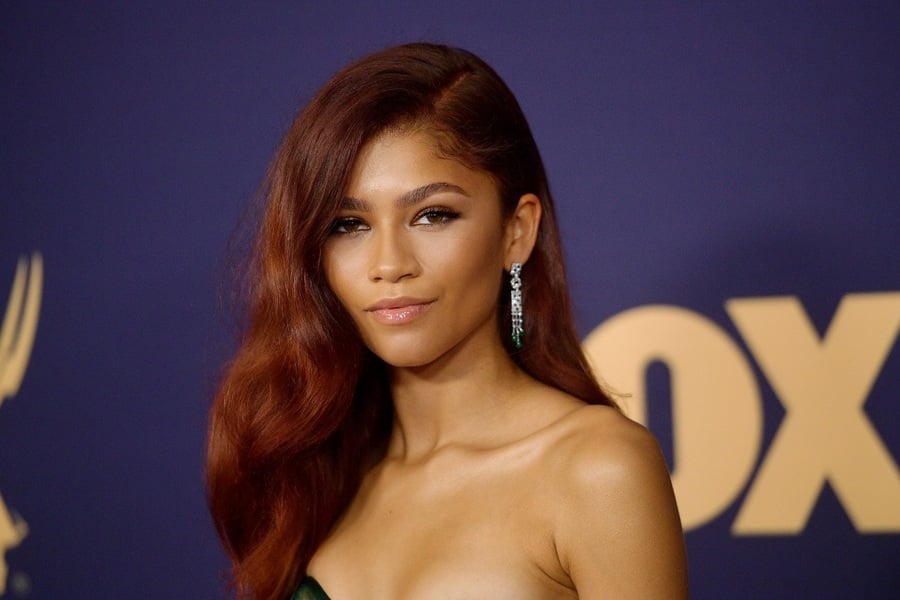 In 2010, Zendaya began starring as Rocky Blue on the series "Shake It Up," which attracted 6.2 million viewers when it premiered, making it the Disney Channel's second highest-rated premiere since the network's launch in 1983. "Shake It Up" aired 75 episodes over three seasons, and Coleman reprised her role in a 2011 episode of "Good Luck Charlie." In 2011, she released the promotional single "Swag It Out," and she performed the song "Watch Me" with her "Shake It Up" co-star Bella Thorne; the track reached #86 on the "Billboard" Hot 100 chart. That year Zendaya also hosted the Disney Channel's "Make Your Mark: Ultimate Dance Off 2011" and voiced Fern in "Pixie Hollow Games." In 2012, she starred in the Disney Channel movie "Frenemies" and guest-starred on "A.N.T. Farm," and the following year, she voiced Lollipop in the film "Super Buddies," finished in second place on "Dancing with the Stars," and released the album "Zendaya," which reached #51 on the "Billboard" 200 chart. She then starred in the Disney Channel film "Zapped" (2014) and guest-starred on ABC's "Black-ish" (2015), and from 2015 to 2018, she starred as K.C. Cooper on "K.C. Undercover," which ran for 75 episodes.

In 2017, Coleman starred in "Spider-Man: Homecoming" and "The Greatest Showman," which were both massive hits, grossing $880.2 million and $435 million, respectively. Zendaya reprised the role of MJ in 2019's "Spider-Man: Far from Home," which was even more successful, bringing in $1.132 billion at the box office, and in in October 2019, it was announced that she would be returning for "Spider-Man: No Way Home." In 2018, she voiced Chris Jenkins in "Duck Duck Goose" and Meechee in "Smallfoot," and in 2019, she guest-starred in three episodes of the Netflix series "The OA" and began starring as Rue Bennett on HBO's "Euphoria," a role that earned her a Primetime Emmy. In 2021, Zendaya starred in the film "Malcolm & Marie," voiced Lola Bunny in "Space Jam: A New Legacy," and played Chani in the sci-fi epic "Dune." In 2020, she was cast as Ronnie Spector in a biopic that is based on Spector's 1990 memoir "Be My Baby," and she will also be producing the project. Coleman has been the face of Madonna's Material Girl clothing line as well as CoverGirl, Beats Electronics, and Chi Hair Care. She was a spokesmodel for Lancôme in 2019 and Valentino and Bulgari in 2020, and that year the CNMI Green Carpet Fashion Awards honored her with a Visionary Award for "her efforts in promoting diversity and inclusion in fashion and film."

Since 2017, there have been rumors that Zendaya and her "Spider-Man" co-star Tom Holland were dating, with a source telling "People" magazine, "They've been super careful to keep it private and out of the public eye but they've gone on vacations with each other and try and spend as much time as possible with one another." Coleman and Holland denied the rumors for years, but in July 2021, they were spotted kissing in Tom's car in Los Angeles. Zendaya was also rumored to have dated her "Euphoria" co-star Jacob Elordi and NFL player Odell Beckham Jr. Coleman is a vegetarian and she has said of making the choice to give up meat, "My main reason for being a vegetarian is that I'm an animal lover – definitely not because I love vegetables."

Zendaya has supported numerous charities, such as the American Heart Association, DonorsChoose.org, Toys for Tots, Donate My Dress, and Friends for Change. She was named an ambassador for Convoy of Hope in 2012, and she has been a spokesperson for UNICEF's Trick-or-Treat campaign and the Verizon Foundation's #WeNeedMore initiative. Coleman participated in the January 2017 Women's March on Washington and the June 2020 George Floyd protests, and in September 2020, she was involved with Michelle Obama's "When We All Vote" organization.

Zendaya won People's Choice Awards for Favorite Female Movie Star of the Year for "Spider-Man: Far from Home" in 2019 and Favorite Style Star of the Year in 2020, and she also received a Best Supporting Actress award from the Academy of Science Fiction, Fantasy & Horror Films for "Spider-Man: Far from Home." She was honored with the SeeHer Award at the 2021 Broadcast Film Critics Association Awards, and the Shorty Awards named her Best Celebrity in 2020. In 2021, "Malcolm & Marie" earned Coleman a NextGen Award from the Critics' Choice Celebration of Black Cinema Awards and a Virtuosos Award from the Santa Barbara International Film Festival. 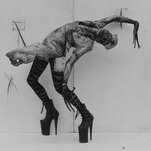 Behind the 'Boo!': How Haunted House Actors Scare Guests 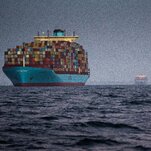 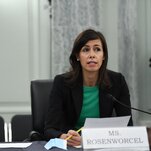 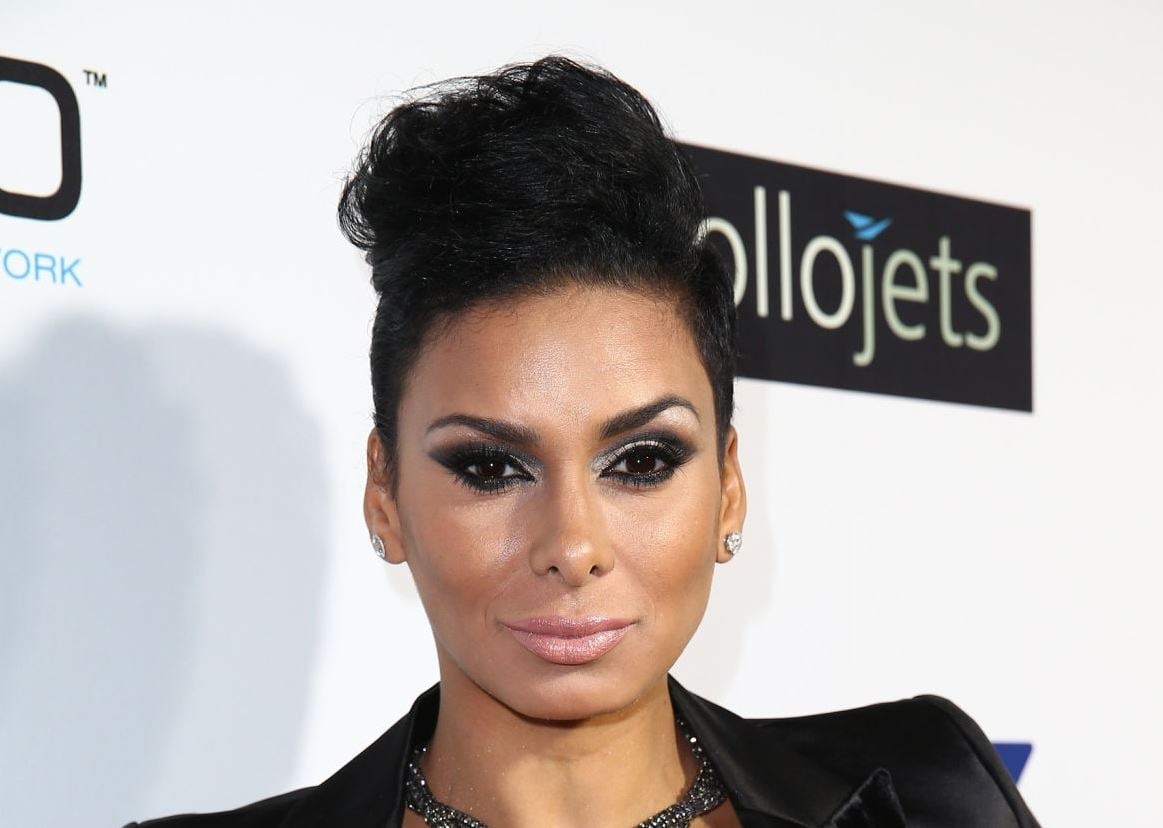